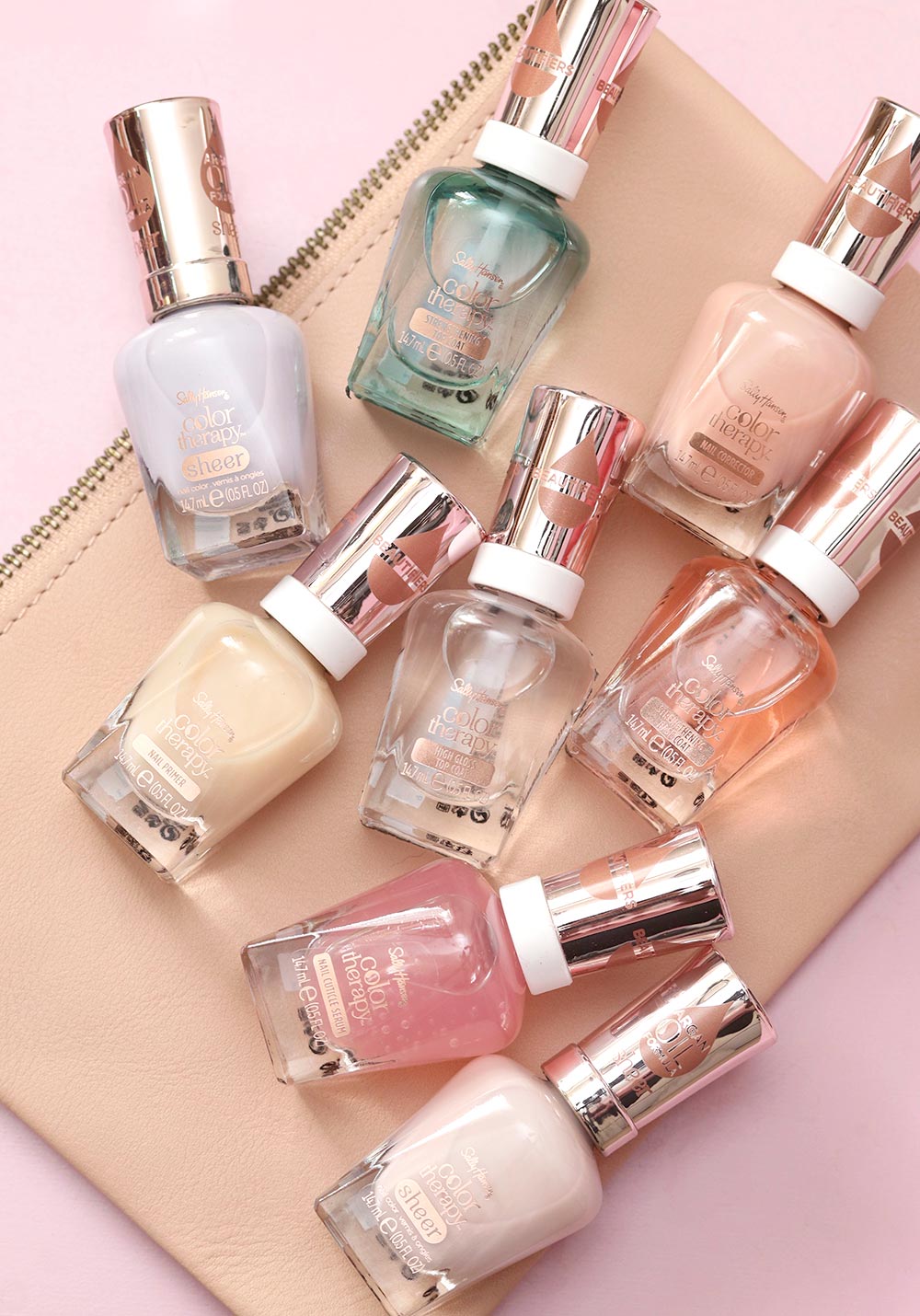 New launches from one of my favorite drugstore nail lines, Sally Hansen

Now that I have a little more time to do something other than an occasional speed mani, I’ve been busting out the accouterments from the new Nail Beautifiers collection in the Sally Hansen Color Therapy Line.

Color Therapy is Sally Hansen’s line of moisturizing polishes infused with argan oil, and I started wearing them a lot after “the gel mani incident.” My nails needed some serious TLC, so I babied them for a couple months and only wore bare nails or Color Therapy until my nails recovered back to their former strength.

There are six treatments in the new Nail Beautifier family, including three base coats, two top coats and a Nail Cuticle Serum. 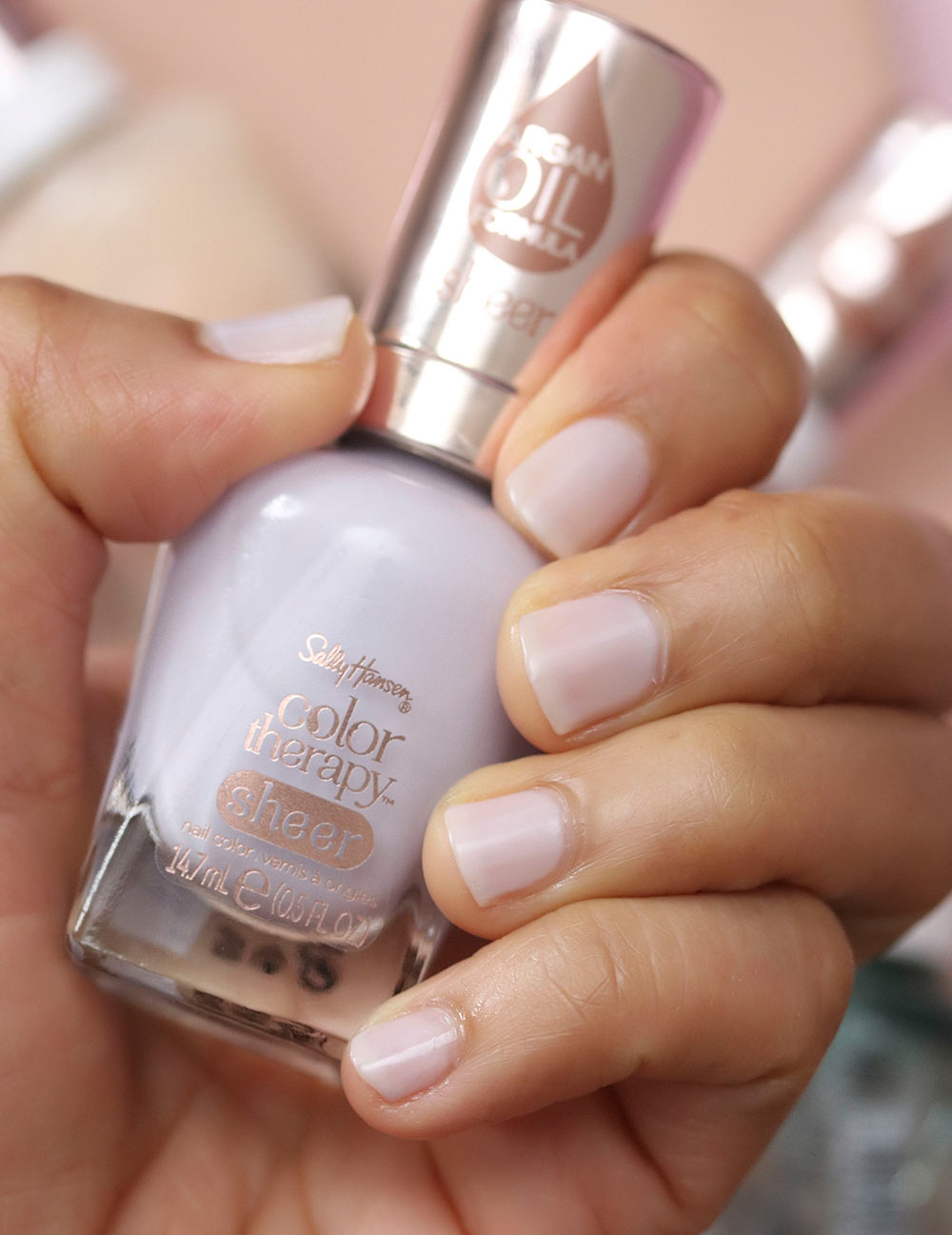 I did this mani while I wrote this post! I used the Nail Corrector, followed by two layers of Color Therapy Sheer in Give Me a Tint, and topped it off with the High Gloss Top Coat. When it dried, I massaged the Nail Cuticle Serum around the base of my nails and my fingertips.

The Nail Cuticle Serum ($8.99) is THE STUFF. You can use it on bare or polished nails — just apply to the cuticles and nail tips and massage until absorbed. It’s a thick serum, and it isn’t oily, so you aren’t left with slippery, greasy fingers afterwards.

I keep it on my desk and apply it whenever I get a chance, and ever since I’ve been doing this, my cuticles (which had been visibly dry and thirsty and came this close to going full-on raggedy) look and feel so much better. 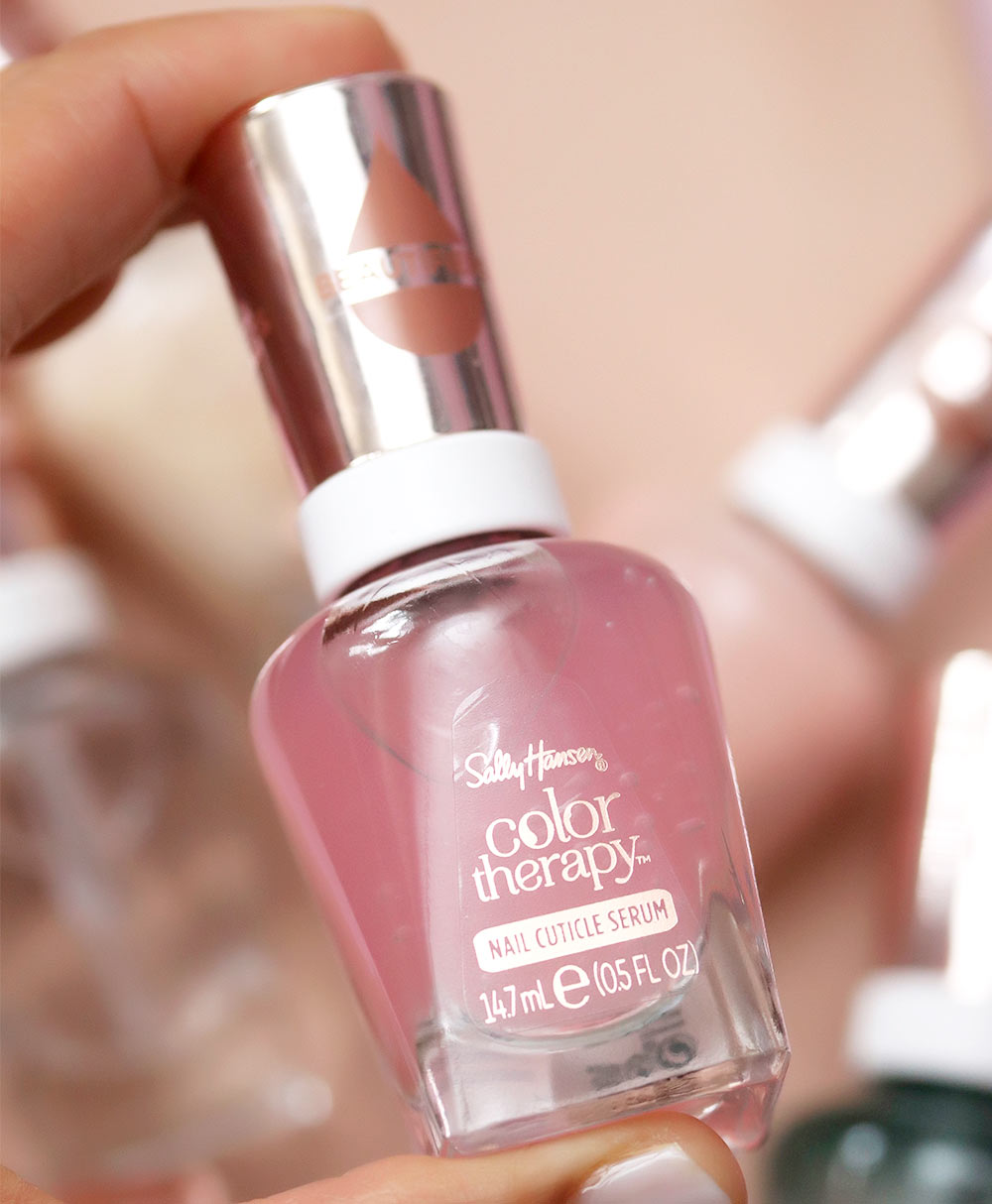 If you happen to see this online or while you’re out, grab it. Your cuticles will send you a secret love letter ❤️🕊️ via carrier pigeon declaring their undying affection for your thoughtfulness.

All about the base

If you have some serious ridges like I did after the disastrous gel mani incident, then the Nail Corrector ($8.99), which smooths out dips and drops on the surface of your nails, is for you. It looks like a peachy cream in the bottle, but it applies as a very sheer, barely-there pink.

Do your nail tips chip and split easily? If so, the Strengthening Base Coat ($8.99), which, like the Nail Corrector, looks tinted in the bottle but goes on clear, would be a good choice. Added bonus: It doubles as a top coat in a pinch.

If you’re lucky enough to have healthy nails, grab the Nail Primer ($8.99). It irons out the nails surface just like the Nail Corrector but isn’t as aggressive with the smoothing.

Two new top coats reinforce the strength of your nails and the durability of your mani while locking down your nail color. I’m a fan of the High Gloss Top Coat ($8.99), which has a reflective gleaming, glossy shine (so it looks wet even when it’s dry).

Some of my nails tend to split, so I’ll bust out the Strengthening Top Coat ($8.99) and use it on them for added protection.

P.S. On my #stressbaking to-do list this week: SCONES.

I made some terrible ones over the weekend that were just dry and dense and gross and totally inedible. 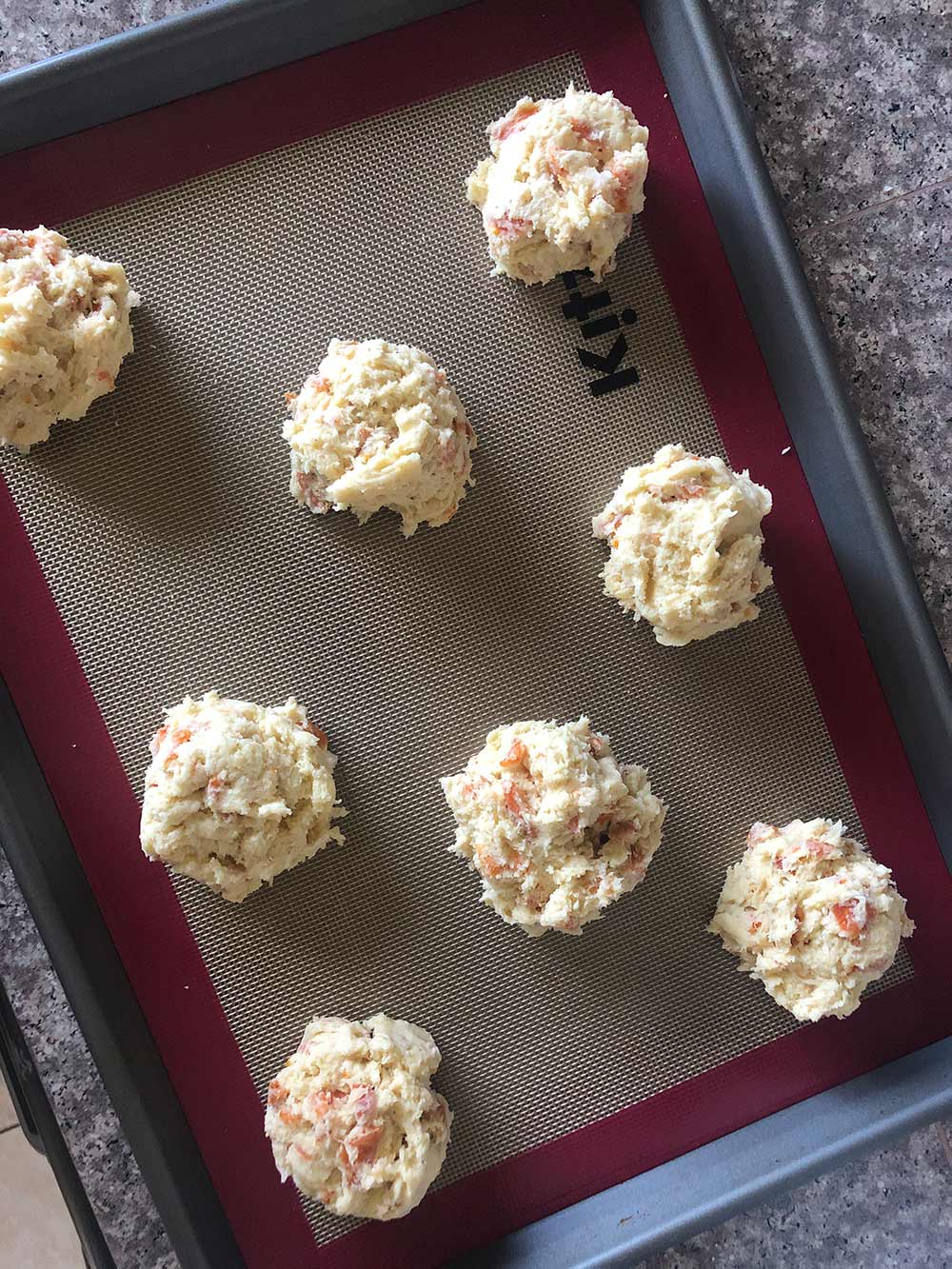 My first attempt at scones, and for the record…they were terrible!

Do you have a fool-proof scone recipe or any suggestions? Do tell.